Esref Armagan is an extraordinary artist. He was born without eyes, yet he is able to incorporate color, perspective and recognizable shapes into his paintings.

Esref Armagan was born in 1953 in Turkey. He was born completely blind, and so has not had even a glimpse of the world as sighted people have seen it. He sees the world through his fingertips, he says, and is able to paint a convincing replica of what he has “seen” through his sense of touch.

Armagan works chiefly in oil paint, preferring to use his fingertips over paintbrushes. His technique results in a visual fantasy of texture. The tactile nature with which he paints translates to sighted people, through the fingerprints and impressions that he leaves on his canvases. 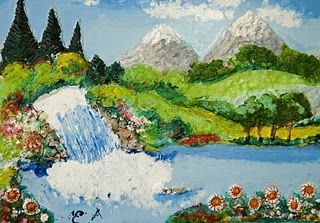 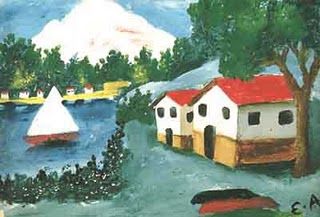 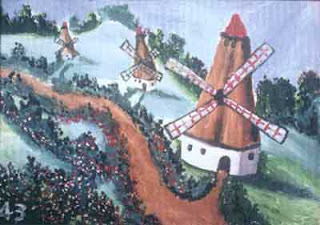 Harvard researchers, Dr Amir Amedi and Dr Alvaro Pascual-Leone were baffled by Armagan’s paintings. It seemed incredible that a man who had been blind since birth could create images with the contrast between light and dark, shadows, correct colors and even perspective. These are things that had long been presumed to belong to the world of sight.

The researchers asked Armagan to participate in an experiment. They monitored Armagan’s brain activity while he was drawing and discovered that the visual cortex of Armagan’s brain lit up much the way that it would in a person who could see. It had been previously presumed that this area of the brain acted differently in seeing and non-seeing individuals.
Armagan’s art continues to excite and intrigue art lovers the world over. Using just his fingertips, blind painter Esref Aramagan is able to recreate the world around him in a way that many seeing painters are unable to do. 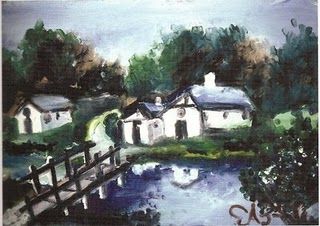 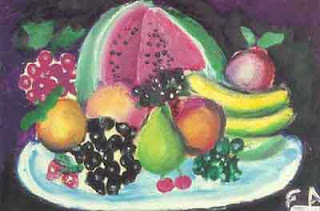 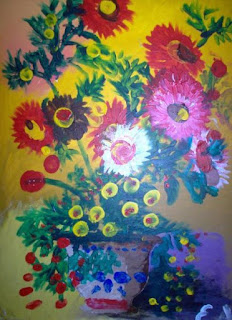