Condoms were created as a contraceptive, to prevent accidental pregnancy and the spread of sexually transmitted diseases (STDs). Fashion designers have now discovered a new use for condoms – condom clothing.

Most modern condoms are made from latex; a strong, pliable material that is both waterproof and light. Condoms come in a variety of sizes, colors, and textures. Because of the availability of condoms, and the variety of styles that they come in, condoms have now been chosen as a clothing material by several clothing and fashion designers.

By using different colored condoms in the same piece of clothing, the designers have created colorful condom dresses that utilize the contrast of colors and textures offered by condoms. Note the different textures created by using rolled and unrolled condoms. 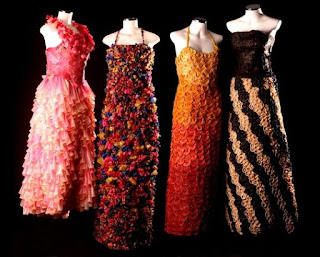 Even uncolored and untextured condoms have a place in condom fashion design, giving these dresses an understated cream color and even texture. Uncolored condoms have even been used to create the following condom wedding dresses. 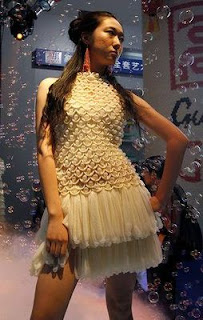 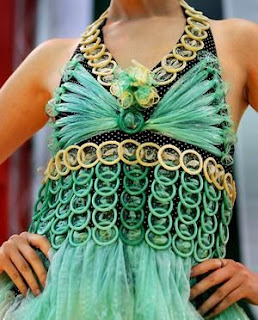