Adobe Photoshop artists around the world are creating animal vegetable hybrids with photo manipulation. The possibilities for veggie animal combinations are endless, limited only by the artist's creativity, imagination and whatever foods they have in their fridge... 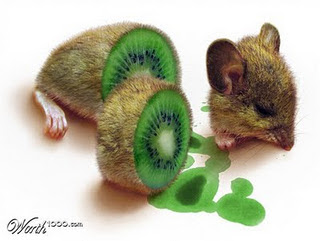 Photoshop Vegetable Animals
Digital imaging software such as Adobe Photoshop and Zbrush allow artists to create all sorts of animal hybrids. Often, these are a construct of two or more animals, but every now and then, an artist will choose something else to combine with an animal. In the case of vegetable animals, digital artists will combine a fruit, plant or vegetable with an animal form.

A slow moving creature, the cactus tortoise is an armed cannibal that eats shoots and leaves. 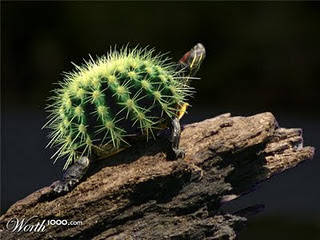 The banana fish is becoming popular in Asian cuisine for its fishy, fruity flavors. Although commonly used as a food source, a fish tank filled with these playful creatures makes for a decorative addition to kids' bedrooms. 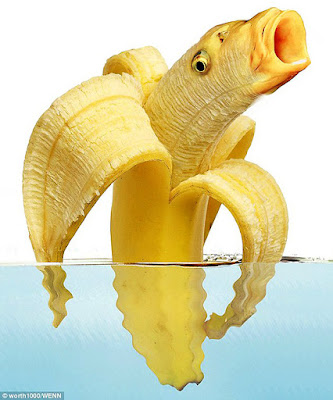 Several new species of Citrus Frogs have been discovered, although the most famous of these vitamin-C enriched animal hybrids is the Orange Frog. Toad-licking organizations state that Citrus Frogs are the best thing to happen to the food industry since bread came sliced. 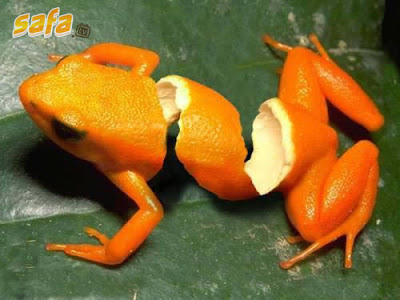 The latest hype in the genetic modification industry is the Elephant Tree. These creatures are rooted to the spot, making them an easy subject for tourists to photograph. 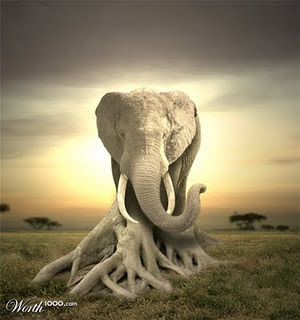 In an attempt to end world hunger, scientists have combined potato and toad genes to create the potato toad. The potato toad has been digitally designed to swim across lakes and rivers and hop its way from one end of an impoverished area to another, spreading it potato toad eggs in its wake. 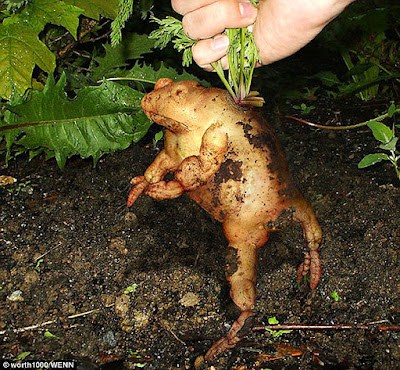 The onion spider is a lesser-known specie of the bulb family. Chefs have taken to keeping entire colonies of this animal vegetable hybrid in their kitchens to keep away flies and provide fresh produce. 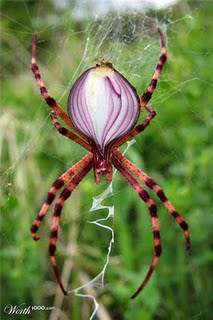 KFC has found a new alternative to battery chicken farms, genetically modified chicken flowers. This renewable resource is both good for the environment while providing a valuable food source for humans. 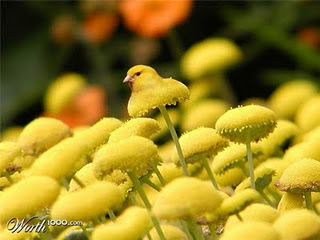 Retirees and stay at home mums are putting pressure on flower sellers for bouquets of Chrysanthemum Puppies, commonly known as Poodle Puffs. These furry flowers yap when people come to the door, will lick your hands for a tickle and have a tendency to widdle on carpets. Animal rights activists are appalled that these animal hybrids are becoming cut flowers for home decor. 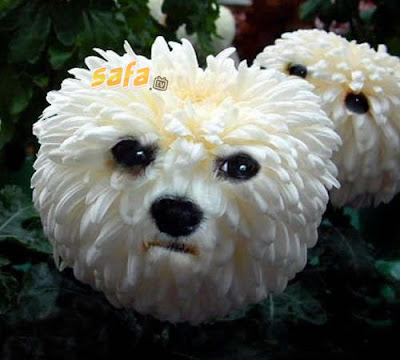 Executive chefs across the globe are getting creative with the latest design in food modification, the strawberry frog hybrid. These chimeras make a delightful, delicious dessert when served with ice cream or cream. 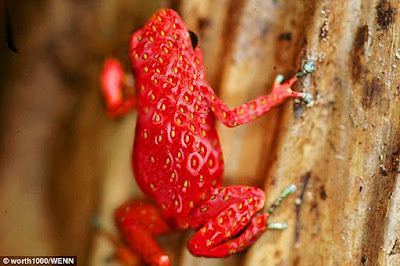 This photoshop animal hybrid design is the ideal gift for those who want a spicy wake-up call. 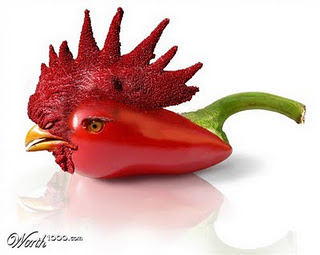