Photoshop gives digital artists the opportunity to create whatever they wish, from sweet and inspiring to humorous or downright creepy. The following images show the results of those days when Photoshop artists feel a bit macabre or sinister...

There's something innately disturbing about an evil child, isn't there? Children are supposedly innocent, carefree and a little naive, but this kid is far from innocent, with his shaved head, mono brow, goatee and tattoo. He looks like he could be the son of Hitler.

My Girlfriend's a Robot

You thought your girlfriend was human, right? Think again - all women are emissaries of the intergalactic robot overlord, Zorg. We're here to eat your brains...

This Photoshop painting is of a scary joker clown who looks like he might have stepped out of a hillbilly horror movie. 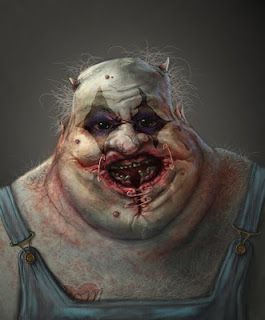 Because inside each of us is a mischievous spirit, right? 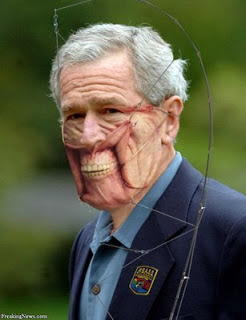 Clowns are pretty freaky, even on a good day, but this Photoshop painting, by artist Anton Semenov, shows what happens when these entertainers go clown crazy. 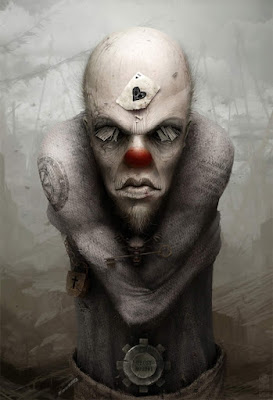 Another picture from the gallery of Anton Semenov, depicting Auschwitz concentration camp prisoners during the holocaust. The skeletal nature of the subjects, along with their blank, staring eyes, emphasizes the horror that Holocaust victims must have endured. 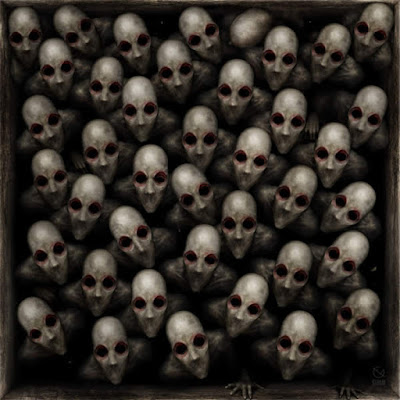 Because Rowan Atkinson has been precious since birth. Imagine a mother's horror when he opens his mouth and instead of crying, says, "I am the devil, but you can me Toby." 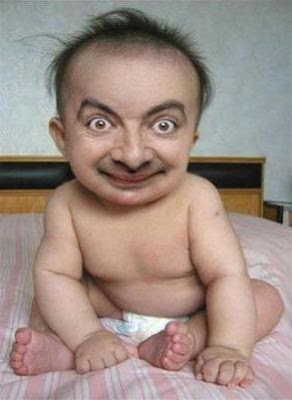