Meow! Cats with Tattoos or Tattoos of Cats?

There seems to be skin-deep relationship between cats and tattoos. There are hundreds of cat tattoo designs available, and it would seem, hundreds of cats with tattoos.

Cat tattoo designs are not uncommon in the world of skin ink. This popular pet has found its way into a variety of different tattoo styles, from photorealism to funny. Tattoos of cats often have a personal meaning to the owner of the tattoo; sometimes it is a treasured pet, a favorite cartoon character or simply the symbolism of cats. The symbolism of cats varies from one culture to the next, though broadly speaking, cats symbolize hunting, guardianship and a relationship with the night or darkness.
Cats can be humorous creatures, as proven by the popular website, LOLcats. Their curiosity, attitude and often playful nature make them a popular choice for tattoo designs. 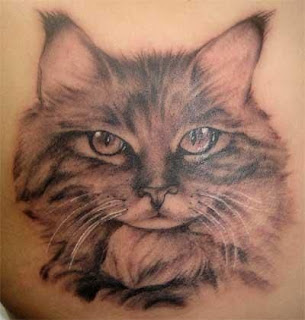 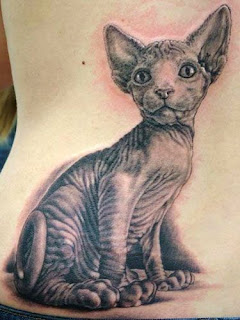 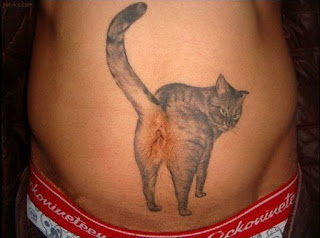 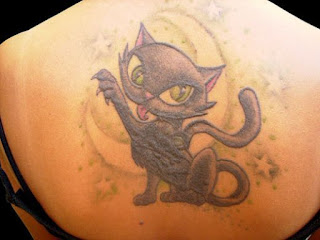 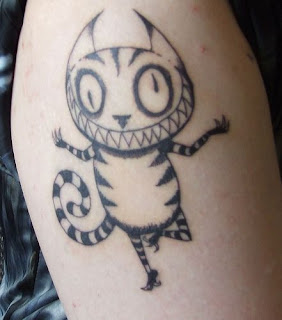 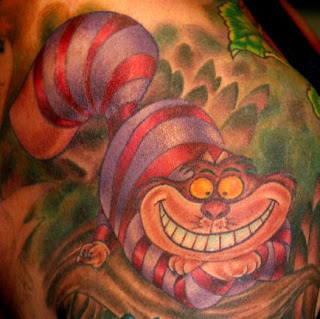 Sphynx cats are a hairless breed of cat. In the Austin Powers movies, Dr Evil is depicted as owning a sphynx cat, which is as bald as he is. Because of the hairless nature of their skin, sphynx cats are now becoming a prime canvas for tattoo artists. Is this animal cruelty, or is it art? Read Animal Owners Tattoo Their Pets for more information on tattooing animals. You can read more about animal tattooing in Animal Owners Tattoo their Pets. 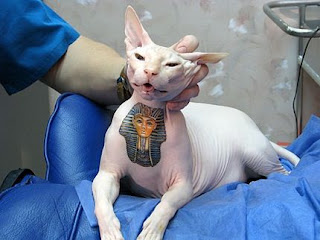 Above: This is Mickey, a rare Canadian Hairless cat, who lives in Moscow, Russia. Mickey’s owner had him sedated for three hours while an image of King Tut was tattooed onto his chest. 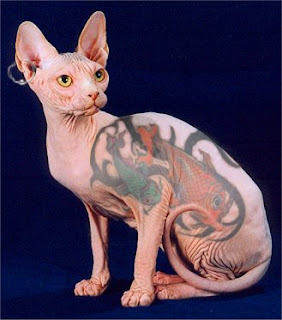 Above: Tattooing animals is becoming quite a trend in Russia, as there are few laws and regulations surrounding the treatment of animals. 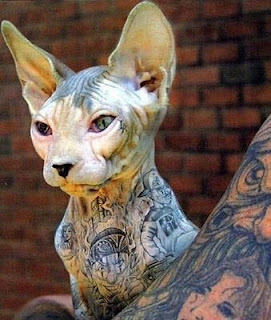 Above: Like owner, like cat. Although cats are sedated when they being tattooed, animal rights groups believe that the act of tattooing animals is cruel. 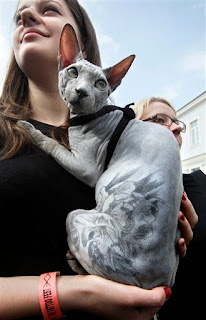 As with all art forms, there are those who always take things one step too far. Several people have taken body modification to a new level, turning themselves in human animal hybrids. These body modification fanatics use tattoos, piercings, inserts and plastic surgery to transform their once-human bodies into a bizarre creature composites. Although several animals are used as the inspiration for body modification processes such as these, cats seem to be the most popular. None of the following images are photoshopped. 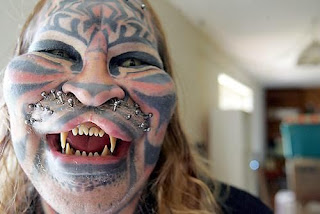 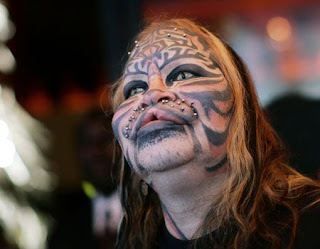 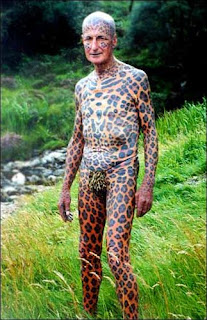 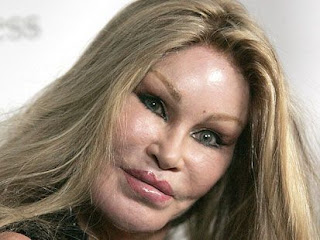 10 Postmodern Appearances of The Mona Lisa