On April 2 2011, Christopher Torres uploaded a video to YouTube. The video showed a pixelated pop tart cat character that flies through space while a rainbow shoots out of its bum. The simple animation was later set to music by saraj00n, another YouTube user, and posted online on April 5 2011. The video quickly gained popularity and now has more than 70 million views.

Nyan Cat Fan Art
Memes start out as the inspiration for fan art works. When a character, phrase or idea becomes popular, it is shared via the internet, inspiring other people to create fan art of the popular subject. This art is then uploaded to the internet and shared online. The term "meme" refers to a media item or idea that spreads from one person to another in a viral manner.
The Nyan Cat is a prime example of a meme. The video has had tens of millions of views, yet it wasn't advertised. The popularity of the video is due to internet users sharing the video, passing it along from one viewer to the next. As the video gained popularity, artists from around the world began creating fan art works. Many of these found their way into YouTube videos of their own. 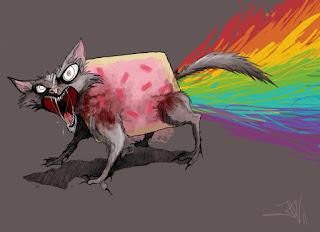 Above: Nyan Cat from Hell, an illustrated fan art work that stands in contrast to the sweet innocence of the original video. [source] 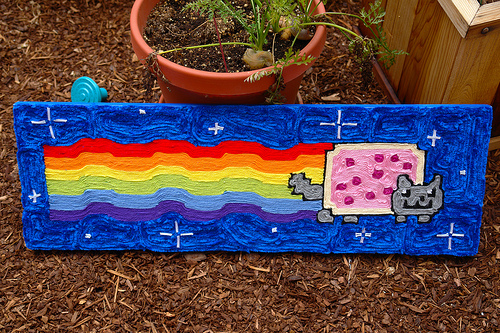 Above: A yarn art painting of the meme Nyan Cat, making it (wait for it) The Nyarn Cat. [source] 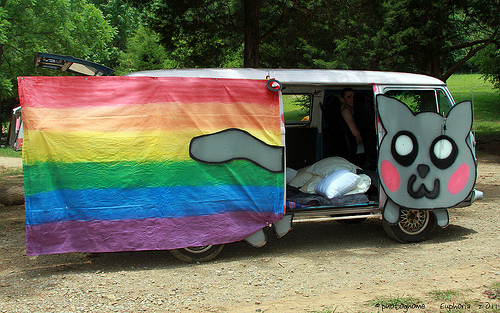 Above: This van has been pimped to be a Nyan Cat fan art work. Perhaps the pop tarts are inside? [source] 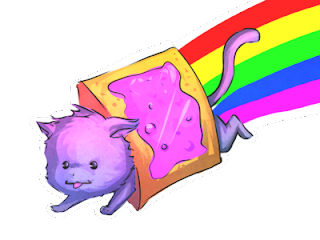 Above: A saturated digital art cartoon version of the Nyan Cat [above] 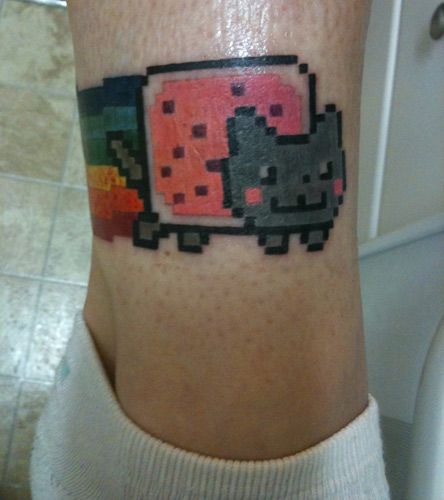 Above: A tattoo of the Nyan Cat, complete with the pop tart and rainbow. [source] 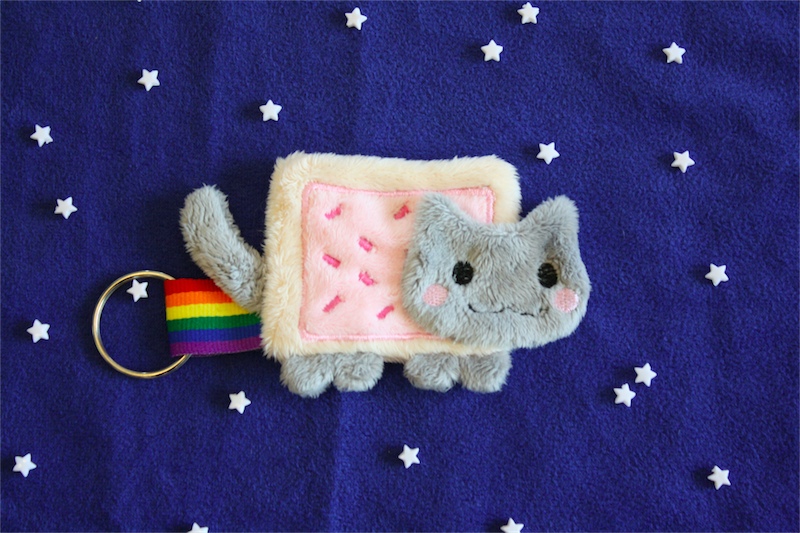 Above: A fluffy Nyan Cat key chain that uses embroidery to add detail to the furry fleece that is used throughout the design. [source] 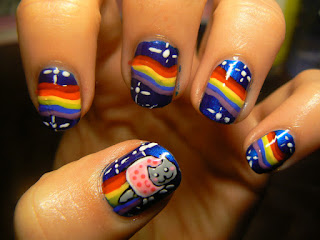 Above: Nyan Cat nails. This girl has used different colors of nail varnish to paint her own version of Nyan Cat onto her nails. [source] 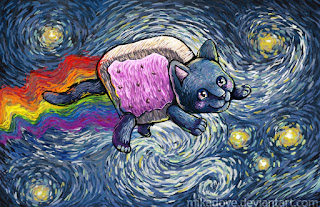 Above: A digital artist created this photoshop painting of the Nyan Cat in the style of Vincent van Gogh's famous painting, "Starry Night." The artist calls it "Starry Nyan by Vincat Nyan Gogh" [source]

The Nyan Cat video is one of the fastest spreading viral videos on YouTube. The simple animation and cute music are endearing at first but watch out - after several hours it can be mind-numbing.