Digital artists can use Photoshop to give people a makeover, or in extreme cases, to replace the entire head. Here's what happens when digital artists have fun swapping heads around.

Photoshop Head Swaps Bridge the Generation Gap
According to knowyourmeme.com, head swaps were were first thought up by Something Awful's user Ryan Adams when he started a thread called "Swap Grandparents and Babies Heads!" The thread spawned dozens of Photoshop head swapped images, most notably of fathers and their babies. These later became known as "manbabies". 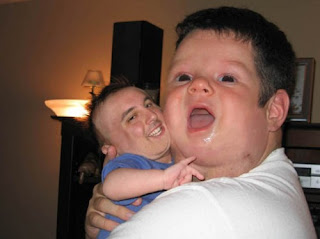 Above: This image gives a new meaning the the slang term "baby daddy". Photoshop artists need to get the lighting just right to give the finished art work a convincing feel. [source] 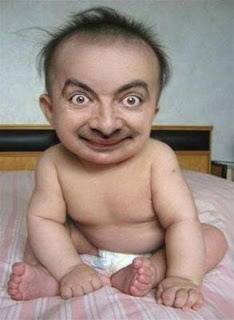 Above: The Rowan Atkinson baby, born in Photoshop. You can call him Toby. [source] 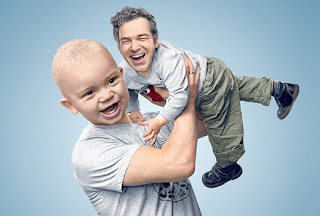 Above: Photoshop artists need to be careful when swapping heads - outlines from cutting tools are a dead give away. [source] 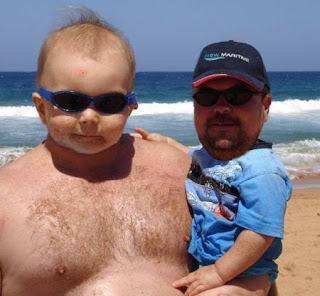 Above: Photoshop can age a child in a matter of hours. That's one hairy manbaby! [source] 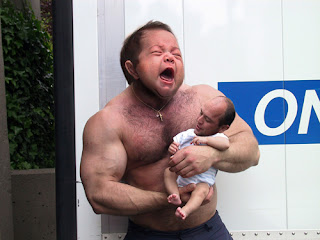 Walk a Mile in My Shoes with a Photoshop Head Swap
Photoshop head swaps aren't reserved only for babies and their parents - any two people or animals can undergo the digital surgery. Head swaps can also be used create man animal hybrids, or to create hybrid animals in which two species are combined. 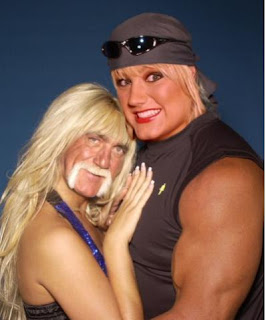 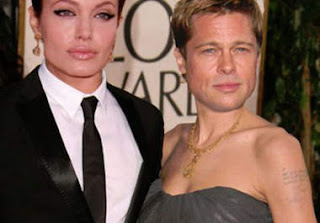 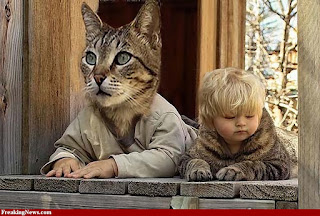 Above: A kid and his pet cat swap heads for an afternoon, creating a terrible toddler duo complete with sharp teeth and claws. [source] 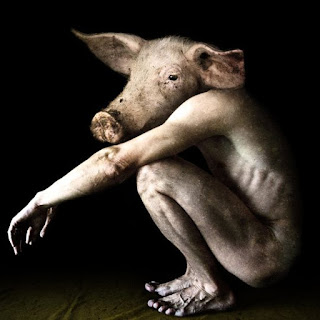 Above: This Photoshop head swap picture is a visual definition of the phrase "pig-headed". [source]

Head swaps are one of the most popular forms of Photoshop humor art works. Although some don't quite hit the funny bone, most are bound to win a couple of giggles.