Erika Iris Simmons is an American artist who transforms used cassette tapes into artworks. The creative process of recycling second hand objects into art is often referred to as up-cycling, an artistic style that is becoming popular with artists around the world.

Using the ribbon from a cassette tape, Simmons creates distinctive portraits of musicians and singers. The ribbon can be cut, bent, glued and even ruffled to create different parts of the face. Working on a white background allows the artist to create areas of stark contrast, highlighting the features of the subject. 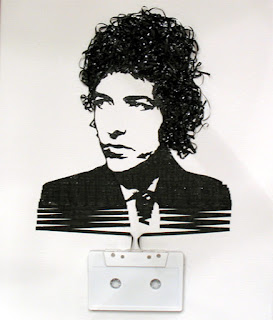 Above: A cassette tape fan art portrait of Bob Dylan. The artist has used a variety of techniques to create contrast between the organic facial details and the solid, geometric area of the suit. 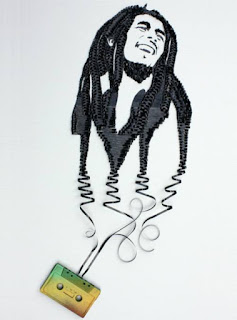 Above: A photograph of singer and musician, Bob Marley, is immortalized in this musical art style. The creative use of the tape ribbon near the cassette is a signature style of this artist. 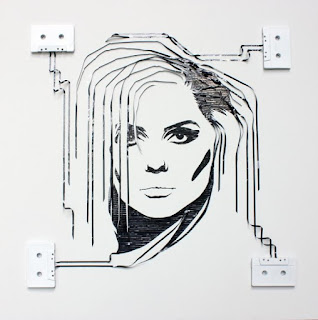 Above: Debbie Harry from Blondie. The use of four cassette tapes in this artwork creates a frame for the singer's face.

Musicians Immortalized in Music and Art
Simmons chooses famous musicians with highly recognizable faces. The visual impact of the art style compliments the strength of these characters, immortalizing their personalities with the very music that they created. 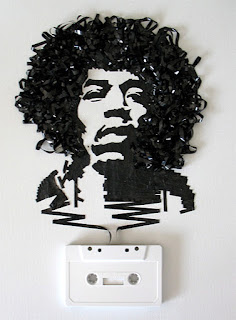 Above: Jimi Hendrix, legendary guitar player and singer. The artist has ruffled the cassette tape ribbon to create the musician's afro hair style. 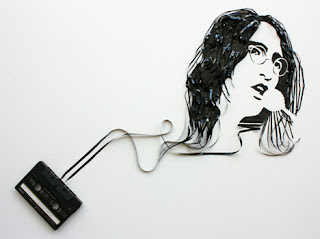 Above: John Lennon, of the Beatles. The placement of the portrait and the cassette tape makes it seem as though Lennon is emerging from the cassette, much like a genie would emerge from a magic lamp. 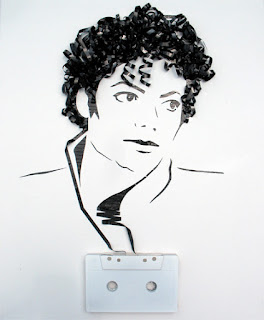 Above: Michael Jackson's face is recognizable even when it is portrayed with only a few lines and shapes.