Internet memes are ideas or media that go viral online, inspiring thousands of fan art works in a short time. There is no way to force something to become a meme or to predict what image, video or social action will become a meme.

Meme Street Art
Street artists often reflect internet-based ideas through their art, incorporating popular online phenomena into their street murals. Online games, popular videos and internet cartoons are moving from the intangible world of the internet to the physical canvas of the streets. These appear in the form of spray painted and stenciled images or printed stickers. 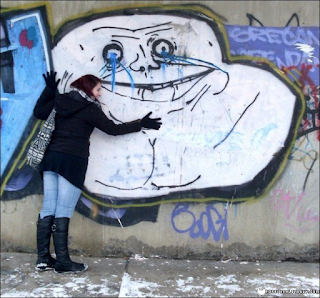 Above: The Forever Alone meme is based on a rage comic character, and is often used to express loneliness or unhappiness. For a humorous effect one of the words from the phrase "forever alone" is replaced with another word, eg forever a foam. [source] 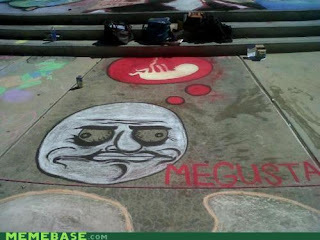 Above: Me Gusta, a spanish phrase that translates into English as "I like it" is associated with this rage comic face. Online, the Me Gusta face is used to express a perverse pleasure or the enjoyment of something disturbing or anti-social. [source] 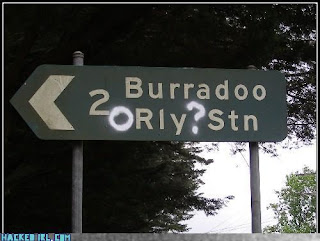 Above: This clever vandal has transformed a road sign into a parody of the popular image of an owl with the abbreviation "O rly?" The phrase is often used in online forums as a sarcastic response to a statement that is either blatantly true or implicitly false. [source]

From the Internet to the Street
Many memes have a distinct character that doesn't change all that much, such as Lolcats' image of a cat riding an "invisible bike" and the character from challenge accepted. For other memes, the image changes and can be interpreted in hundreds of different ways, as with Nyan Cat and the Anonymous hacker group character. 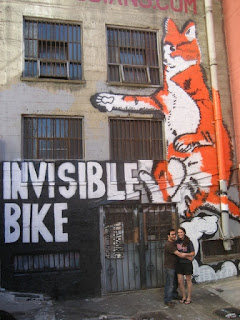 Above: Lolcats famous Invisible Bike image has been recreated as an enormous graffiti mural, complete with, um, exhaust fumes. [source] 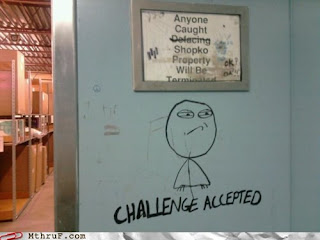 Above: Challenge Accepted graffiti. This character is often depicted facing near impossible situations, and has become an online symbol for determination and stubbornness. [source] 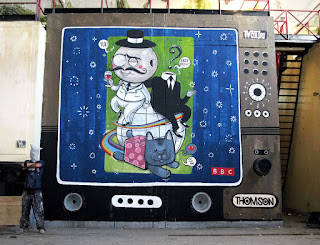 Above: Anonymous, Nyan Cat and Lulzsec get together to become the main subjects for this meme graffiti art work. Two hacker groups and a rainbow-farting pop tart cat. Not even Salvador Dali could have imagined such a painting. [source] 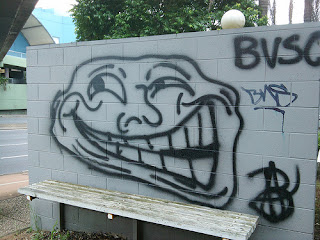 Above: Trollface, a linear drawing of a grinning face; presumably the face a person makes while trolling the internet. The trollface meme appears in videos, gifs moments after a person has been caught out, and on forums when someone reacts to a troll. [source]