Fan art works are artists' renditions of their favorite celebrities or media characters. The aim of fan art is to show what it is about their idol that they appreciate, such as beauty, strength or humor. Fan art combinations merge two subjects to form an entirely new character. The tricky part is to express what it is about both of those characters that the artist appreciates.

Fan Art Spoofs
Character combinations are spoofs or parodies of popular characters, created with the intention of forming a humorous hybrid. The majority of character spoofs are non-official art works, though occasionally they are created on an official level by TV series producers as a means to entertain viewers. 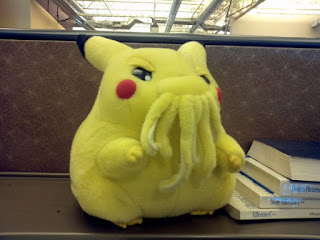 Above: A combination of pikachu, a magical animal character from the anime series Pokemon, and a cthulhu, a fantasy character first introduced in literature by HP Lovecraft in the 1920s. The resulting character combination is a cthulhuachu. [source] 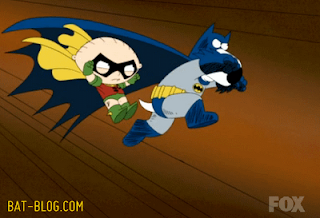 Above: Family Guy's dynamic duo, Brian the Dog and Stewie, transform into a parody of DC Comics' Batman and Robin. This is an official transformation created by the artists of Family Guy for use in an episode. [source] 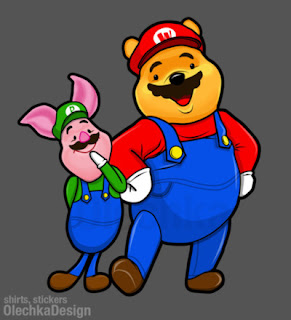 Above: Mario Bros vs Winnie the Pooh and Piglet. Children of the 80s will recognize both sets of famous friends that have been used in this character combination.The transformation that the four characters have undergone reflects the transformations that the Mario games and the Pooh series have experienced over the last three decades. [source] 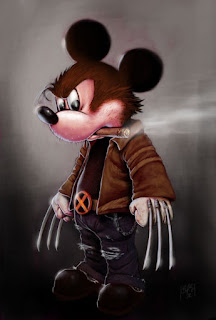 Above: Wolverine Mouse? Mickerine? Wolvermickey? The usually light-hearted and lovable character of Mickey Mouse has been combined with the intense, angry persona of Wolverine from the X Men. The artist has combined elements from each character, such as Mickey's gloves and Wolverine's blades to create a balanced hybrid character. [source] 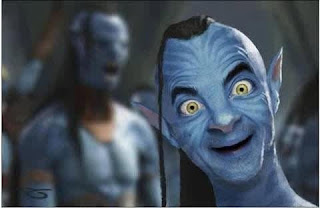 Above: A Photoshop hybrid of Rowan Atkinson's Mr Bean character and a na'vi alien character from the movie Avatar. Although the resulting hybrid character has mostly na'vi characteristics, such as the hair style, blue skin and wide, flat nose, Mr Bean's character traits shine through. [source] 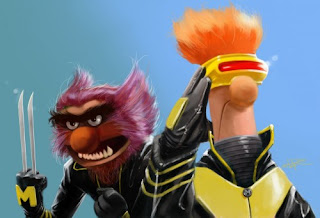 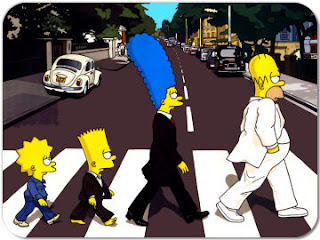 Above: The Simpsons parody the famous photograph of The Beatles crossing Abbey Road, with Homer Simpson as John Lennon. The zebra crossing used in the original photograph of the pop group is now a popular tourist destination. [source]