Photoshop Smile Enhancement
The process of giving animals human characteristics is called personification. In literature, animals have been given human attributes in stories such as Watership Down and The Wind in the Willows. In visual media, animals are personified by depicting them as walking on their hind legs, or wearing human clothes. Photoshop and other image manipulation programs allow digital artists to create a photo-realistic depiction of man animal hybrids.
One of the more humorous personifications used by digital artists is the act of giving an animal a human smile. Human teeth have a distinctive shape, and while they look "normal" in a human head, they look rather silly when photoshopped into the face of an animal. 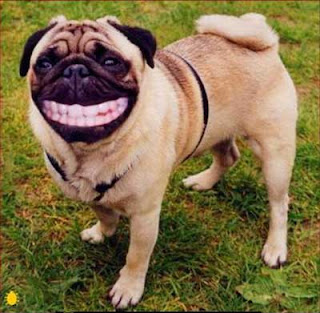 Above: As if walking around on their front paws wasn't funny enough, a photoshop artist has decided to give this pug a humorous grin to complete its performance. 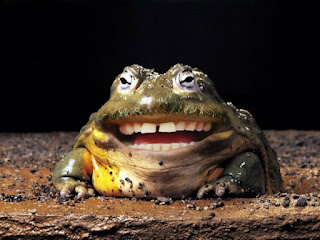 Above: The lesser spotted straight-toothed toad. 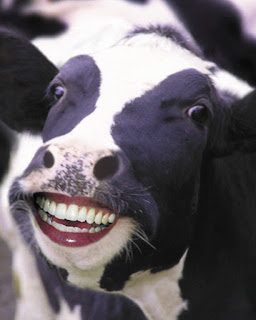 Above: Is it weird if this cow is saying, "Cheese!" for the camera? 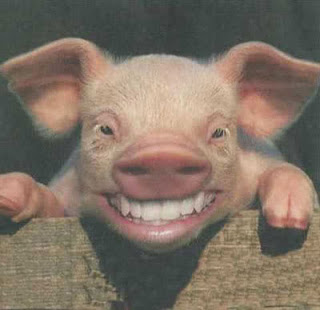 Above: Photoshop pig is happy. 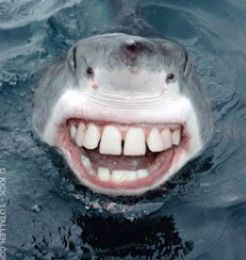 Above: Looks legit. Last one in's a rotten egg! 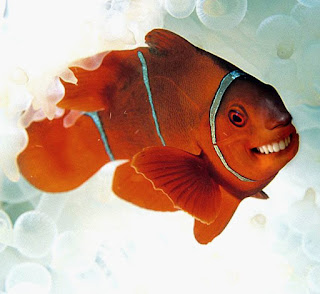 Windows to the Soul
Along with human teeth, Photoshop artists have added human eyes to further personify these animals. The results are funny Photoshop animal pictures that can be just a little bit unsettling at times. Human eyes can be painted in Photoshop or cut out of existing photos of people. The trickiest part of creating a realistic eye in Photoshop is giving the eyeball correct reflections. The better the reflection on the shiny surface of the eye, the more lifelike it becomes. 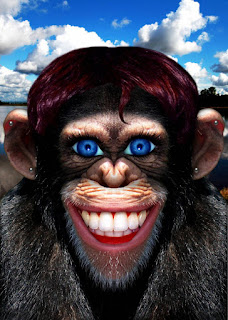 Above: Almost human, both genetically and, erm, photoshopically. 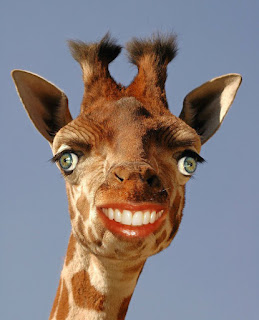 Above: A funny photoshop female! The rarest of the man animal hybrid breeds. 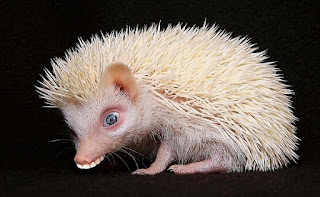 Above: That awkward moment when you realize you're a hedgehog.