The Japanese corporation Denso-Wave created QR code in 1994. More than a decade later, the code is gaining popularity in advertising and art around the world. 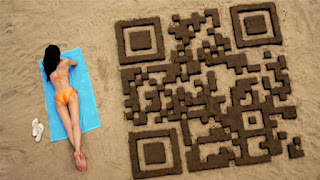 Above: An example of QR code art, made as a sand sculpture on a beach.

The traditional linear bar code is used to store information, and can commonly be seen on the packages of products found in supermarkets. The image of a bar code is in every household, on most store-bought items.
Traditional bar codes are not commonly understood by the general public. For many, 1-dimensional bar codes appear to be just an ugly image on packaging, used for scanning the item at the till.


What is QR Code?


Traditional linear bar codes are 1-dimensional, whereas QR codes are 2-dimensional matrix codes. “QR” is an abbreviation of “Quick Response”, because the code can be decoded at high speed. QR codes can contain between a dozen and a few hundred times more information than linear bar codes.
QR code is also referred to as Kaywa code. 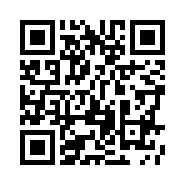 QR codes quickly gained popularity in Japan, and have now spread to Europe and the US. By photographing the Kaywa code image with a mobile phone and decoding it, a person can follow the information within the code to a company website or simply receive a short message. It is a way to instantly access information without needing to find a computer.
Many mobile phones are now being equipped with QR decoding software. The software can also be downloaded online. 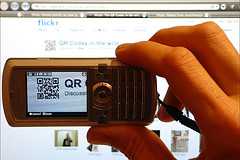 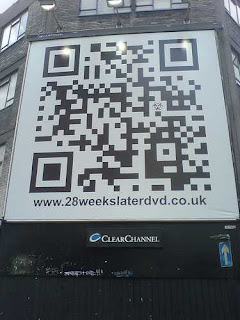 Above: The movie, “28 Weeks Later” used QR code to publicize the movie. Once photographed and decoded, the QR code revealed a link to the 28 weeks later website. 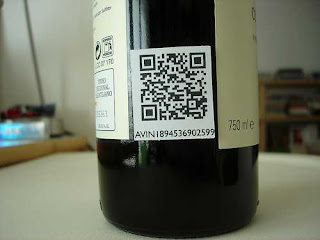 Above: Combined with an AVIN code (A unique code for each wine, similar to an ISBN book code), wine makers are supplying QR codes with their wine. Decoding the Kaywa code image reveals a website address which a person can follow to read more about the wine, the wine-making process or to find out about special offers. 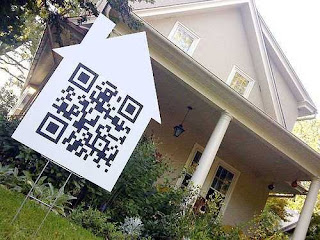 Above: QR code has been used here by a realtor, to reveal a website link with more information on the sale of the house. 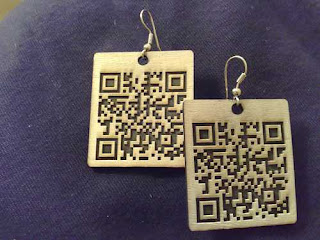 Above: The QR code used in these earrings reveals a web link to a Wikipedia article on gratitude. 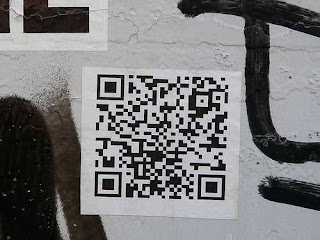 Above: This urban art sticker of a QR code reveals a phrase in Japanese, which roughly translates to “Doing nothing, just hanging around. That’s the hardest work of all.” We may begin to see more and more coded messages, in stencil or on stickers, appearing around the world as graffiti artists express their opinions on life through this code.


Will Traditional Bar Codes be Replaced by QR Code?

Traditional bar codes are suited to their particular task, and it is doubtful that QR code will replace traditional bar codes any time soon. The powerful squares of code are bound to appear more frequently in magazines and on billboards, as an interactive advertising medium. Perhaps in the future, Kaywa codes will also be used to instantly reveal detailed information on products in supermarkets.