Dogs make hilarious subjects for photographs. Unlike humans, they are unhindered by shyness, modesty or fear of embarrassment. Dogs enjoy life from moment to moment, turning every activity into a fun pastime. One thing that dogs love to do is have a good shake, to rid their coat of water or simply to loosen up their fur and skin. The pictures below show what happens when a photographer captures a single moment of a dog's shake.

Davidson's Dogs Do the Shake
Carli Davidson is an award-winning photographer who creates artistic images of wild and domestic animals. Her pet photography is among the most appealing in the world, as her images perfectly capture an animal's ability to live in the moment. Some of her most popular art works are photographs of dogs shaking off water.
Davidson has worked with animals for years in animal shelters, zoos and nature reserves. Her experience with all sorts of animals, from chimpanzees to rats, allows her to communicate with the animals that she uses as subjects in her photographs. Davidson says that she spends large amounts of time rolling around on the floor with the animals, encouraging them to "open up" to the camera. As a result of this interaction, the pictures show animals who look relaxed and comfortable, able to simply be cats and dogs doing what comes naturally to them.
Carli Davidson's pictures of dogs shaking off water have a humorous appeal to them. Dogs can be quite goofy and silly at times, and these pictures capture this doggy essence perfectly. Davidson uses a variety of dog breeds as subjects. Dogs with long hair such as border collies and Labradors shake off water in a way that creates a spiraling spray of water droplets. Dogs with short hair but loose skin such as bull dogs and bloodhounds create less spray but the skin on their faces twist into funny expressions, perfect subject matter for funny dog pictures. 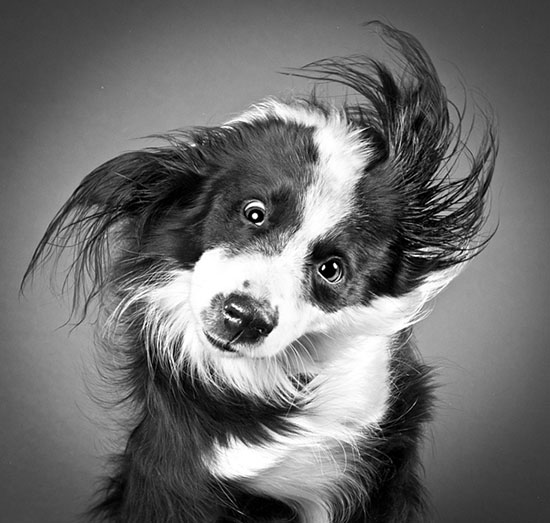 Above: A funny picture of a border collie shaking, by photographer Carli Davidson. The sheep dog's long hair creates a wonderful swirl around the centre of the picture, drawing the viewer's eye to the focal point; the dog's eyes. [source] 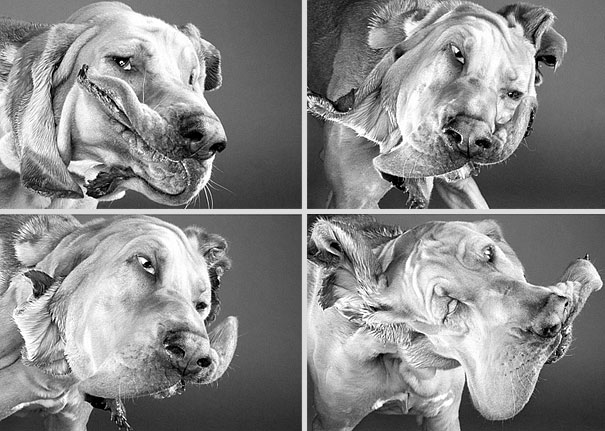 Above: This funny picture shows a bloodhound shaking off water. The dog's loose skin flops and flaps, creating a series of hilarious facial expressions for Carli Davidson to photograph. [source] 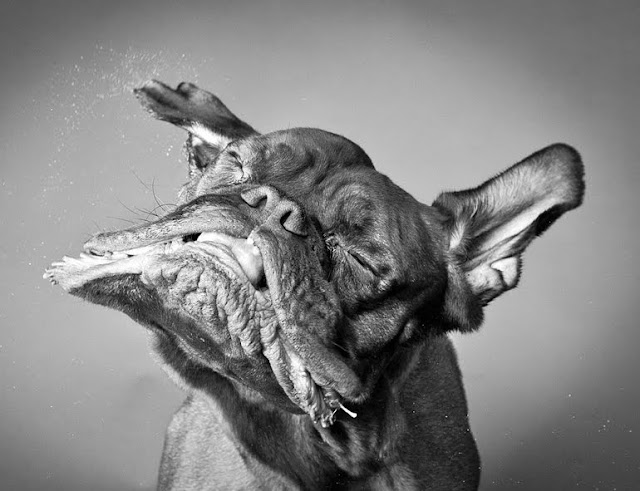 Above: A boxer dog shakes off water, sending his lips and ears flying to create a hilarious pet portrait. Perhaps dogs need to degauss too. [source]

A Comedy of Dogs and Water
Most dogs love water. They love to jump in and out of waves at the beach, swim in lakes and dams and run through rivers. And after all that running and jumping, dogs love to shake off the water. When viewed by the naked human eye, a dog's shaking seems to be a blur of movement concealed by a spray of water droplets. With the help of a high-speed camera, we can see exactly what's going on underneath all that spray; a funny comedy combo of dog and water. 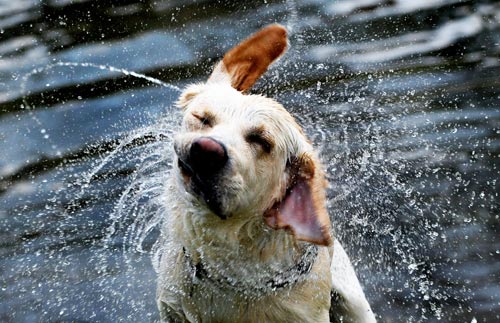 Above: A golden Labrador retriever shakes off water after a swim in a river. The directions of the water droplets show how the dog shakes its head from side to side. [source] 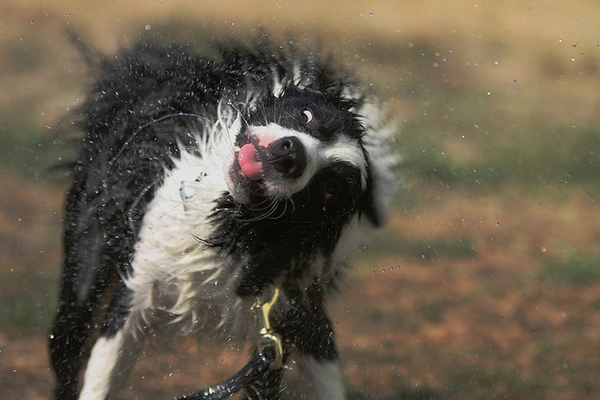 Above: Pulling faces, blowing raspberries and shaking off water. This funny border collie is a multitasking sheep dog. [source] 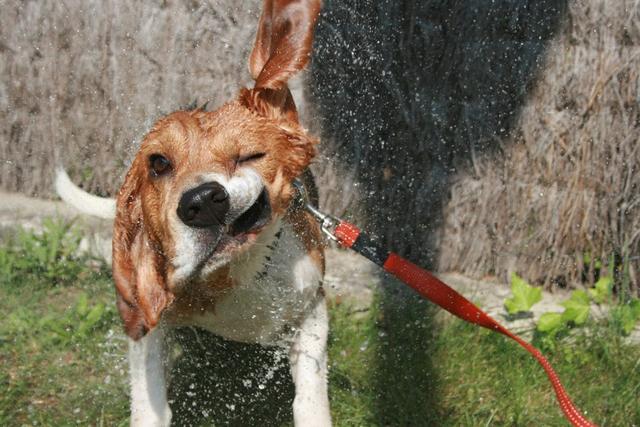 Above: A beagle shakes off water after a bath, stretching one side of her face and squashing the other. Beagles are often used in comedy shots of animals because they have a lighthearted and fun personality. [source]