The Rubik's Cube, once called the "Magic Cube" has entertained and frustrated children and adults alike since it was first sold commercially in 1980. Each side of the cube consists of nine individual squares, that can be twisted and turned. Each turn moves the colors on each face of the cube. The object of the game is to end up with each face containing only a single color.

Though the Rubik's Cube was intended for entertainment as a "brain game", it has more recently found its way into the hands of artist's, emerging as art. 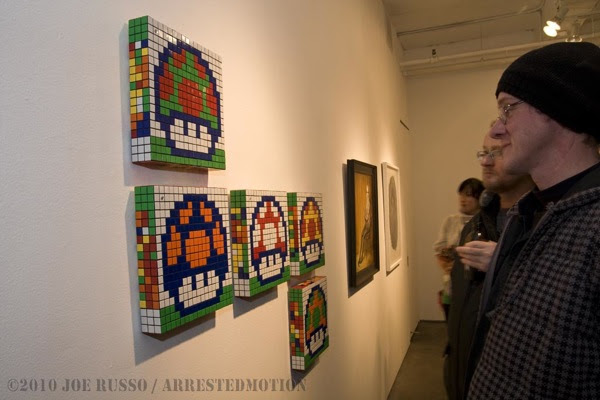 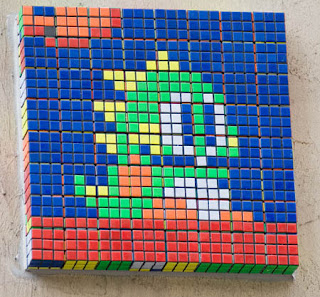 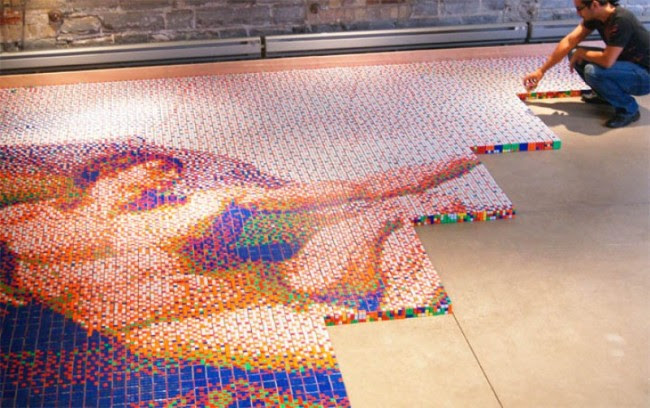 The plastic puzzle games are very versatile, in the right hands. They can be used to reproduce a favorite photograph, which can then be displayed as home decor. Shown below is a Rubik's Cube artwork depicting the owner's favorite pet. Note how the art work is not framed, allowing the viewer to see the cubes from a different angle. 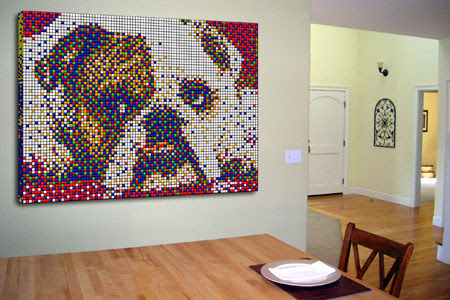