Patriotic New Yorkers show allegiance to their city, their sports teams, their landmarks and historic events by inking images of these into their skin.

The “I love New York” logo was created in the 1970s by Milton Glaser to promote tourism in New York City. The emblem has found its way onto t-shirts, hats, hoodies, stickers and even into tattoo designs. The “I heart New York” tattoo below is a design based on Milton Glaser’s logo. 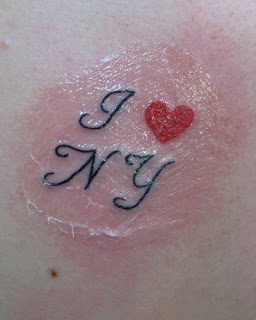 
Many New Yorkers are avid baseball fans. There is a huge amount of competition between New York Yankees fans and Brooklyn Mets fans. Some of these fans have decided to show their support for their teams by having their team logos tattooed onto their skin. 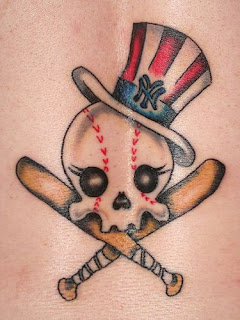 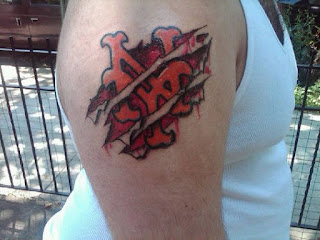 On September 11, 2001, New York City was the victim of a terrorist attack. Two planes were flown into the famous Twin Towers of the World Trade Center, killing thousands of people. This event shocked America and the world. Nine Eleven has been remembered in many ways, with memorial services to commemorate those who died, artworks, books and documentaries. There are a number of people who have chosen to have tattoo designs so that they will never forget the attack. Most of these designs incorporate the North and South Towers of the World Trade Center, to memorialize the destruction of these buildings in the aftermath of the attack. The New York skyline transformed when these buildings fell, changing the lives of New Yorkers.

Many of these 9/11 tattoos are worn by family members of those who passed away on September Eleventh, to commemorate their loved ones. 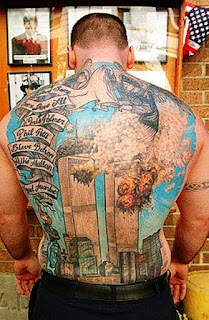 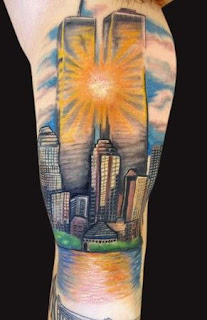 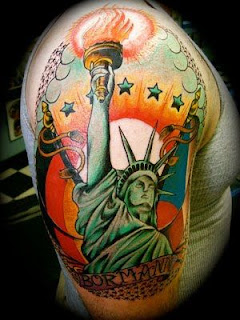 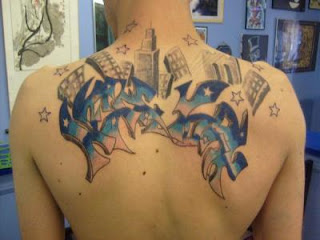 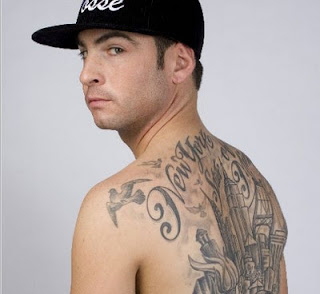