Oh Shoot! Art Made with Guns

These artists have chosen to put down their paint brushes, choosing to create art with guns instead.

Guns, like all weapons, are built to be destructive tools. We use them to kill, maim and wound other people, and even if we shoot guns at targets or other inanimate objects, the result is that whatever the gun is pointed at gets destroyed. These artists have found a way to use guns to be creative, while being destructive. The artworks that they are “painting” with guns merge the destructive nature of a projectile weapon and the creative essence of man.

Baptiste Debombourg is a French artist who creates murals with a staple gun. Using tens of thousands of staples, Debombourg creates large, arresting artworks that have a unique texture and shine. 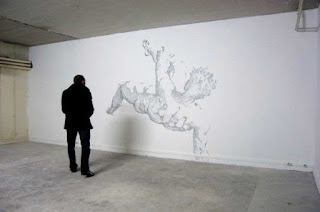 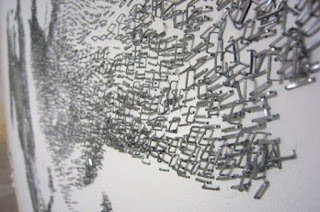 Several paintballers were brought in to create this advert for Bonyurt. Shooting simultaneously, the paintballers create a large pop art painting of Marilyn Monroe.

Viktor Mitic, born in Yugoslavia, uses a variety of different guns to add another dimension to his artworks. There has been much controversy around his work, as many Christians don’t approve of Mitic shooting at images of Jesus Christ (seen below). 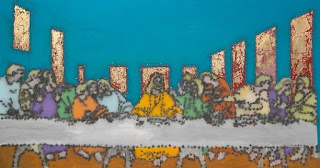 Walton Creel gets up close and personal, shooting at close range through sheets of painted metal to create his artworks. The result resembles a pixelated image. 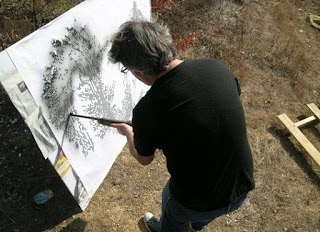 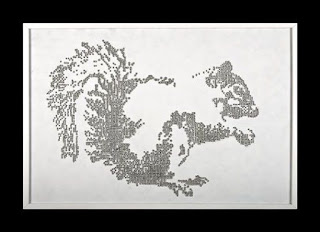